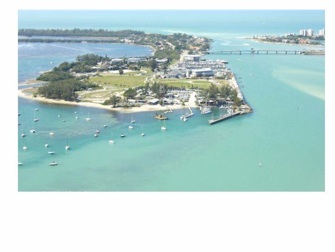 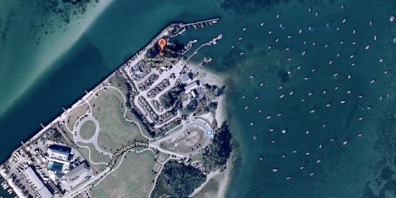 The Sarasota Sailing Squadron was founded as a nonprofit organization by interested residents of the City of Sarasota for the purpose of promoting sailing.

The Squadron grew out of the youth sailing program of the Sarasota Yacht Club in the late 1930s, and was established by young adults who could not afford the higher dues of the yacht club. It was disbanded during World War II, but was reorganized under the auspices of the YMCA in 1946. It obtained its own charter in 1947.

The Squadron draws its membership from all strata of Sarasota society and from other states and Canada. Since its inception, the Squadron has been dedicated to the promotion of recreational sailing, racing, cruising, sailing instruction, boating safety and youth sailing instruction. Until 1958 its club meetings were held at City Hall, in the commission chamber, and its sailing activities were centered around the old city pier.

Walking into the Sarasota Sailing Squadron, you get the feeling that you are back in old Florida. Sitting outside under the shade of a tall tree & looking at the blue-green water on the other side of the shell drive it is easy to forget that the high rise condos and tourist filled beaches are on the other end of the key bridge.  The Sarasota Sailing Squadron hosts several national and international regattas, including the Flying Scot Midwinters.

What you won’t mistake is that you are in a volunteer club where the facilities are built and maintained through the hard work of the members rather than by assessment. With dozens of moorings and boats sailed from trailers, it is home to both cruiser and racer.  Across the parking lot is the Sarasota Youth Sailing Program which teaches sailing to kids year round and has produced several youth national champions.

Launching can be done either by hoist or ramp.

The Squadron grounds are open daily from 7:00 AM to 7:00 PM. Club hours during the regattas change depending on what events are occurring.

To reach the Squadron from I-75:

Both members and visitors are asked to park outside the Squadron Grounds during the events. There is ample parking on the circle and along the West fence. During major events the West gate will be open for easier access.

The racing area is north of the squadron in the widest part of Sarasota Bay and enjoys a number of advantages as a sailing venue. Protected by a long yet narrow island (Longboat Key) we enjoy sea breeze that is relatively unblocked with only a light chop. When sailing in the prevailing (March) easterly, we enjoy flat water on a race course far enough from shore to minimize land impact. Northerly breezes, with a long shallow bay to the North of our sailing area, are the only winds that bring much chop.

The Intracoastal Waterway runs along the east side of the bay, enabling proper race courses to be set without consideration for traffic (though Sarasota has no commercial traffic). Our biggest obstacle is on the way to and from the racing area, sailing around the sand bar that separates New Pass from the rest of the bay. Tidal range is about a foot but can run fast in the pass and will determine your route over or around the sand bar.

We try to sail in the afternoon to avoid a battle between the prevailing wind and any sea breeze trying to form . For the inside scoop on wind go to http://www.windfinder.com/windstats/windstatistic_sarasota_bradenton_air....

Or take these tips from club elder Charlie Clifton:

Remember two things. One, the wind is fickle.  Two, I might be wrong. You can be sure that sometimes I’ll be wrong.

Transitions between weather system and sea breeze can be guessed with better than 50-50 accuracy.

If the wind is out of the east in the morning and is not strong enough to last through the afternoon, the land is going to heat up more than the Gulf and the direction will switch around to the west. If the wind starts out south of east it will swing right. If it starts out north of ENE it should swing left. It may also completely die before it comes in from the west.  If this happens, races usually are postponed until the sea breeze fills in.

This information should only be used to get a general idea of where to look for a persistent shift. Usually the breeze will work its way around in an oscillating manner. That means there will be shifts back to the direction from where it began before it once again swings further to the direction toward which it is working.  Courses on Sarasota Bay are short enough so that a 4 minute shift from the left, even if the wind is generally moving right, will give a boat enough time to get across the fleet and jump out to a lead.

Therefore, in the bay, you are going to gain almost all the time if you are in phase. This means sailing on the lifted tack and tacking on the headers. Use your determination of which way the wind is swinging to favor the side you are going to work.

It’s also important to look up the course to try to determine from where and with what pressure the wind is coming. Often it will alternate from side to side. You can use other boats up the course and black ripples moving on the water to give you some clues.

This is critical when the easterly is strong enough to hold on throughout the day. As the day goes on and the land heats up, the easterly will oscillate more and more radically. 40° shifts with enormous pressure differences are likely. Getting to the next big puff shift will launch the first boat there. Put a couple of them together and it’s a horizon job.

Southerlies are tough. Often there is better pressure on the left where the wind has a longer run to flow over the bay. However, as you get close to Mark E, the pressure diminishes behind City Island and sharp righties can filter in from New Pass. Keep your head out of the boat and look for those ripples building across the water.

Once the wind goes around to the west, the oscillations should be less radical but they will still be there, so staying in phase is important.

If the wind comes in southwest you should be going to Mark F.  Stay in phase but look for lefty puffs coming from the vicinity of Mark E.

If the wind is from the west, stay in phase but keep a look out for the wind to go further right especially if it shows signs of building. Absent weather system change, if the sea breeze is going to ripen into full blown 15-18 knot conditions it will be from 310°. If this is the case, the wind will still oscillate as it works its way from 270 to 310. There will be a few lefties but you had better be generally working right. If the breeze is not definitely building, be sure to look for puffs from the mangroves to the left of Mark F.

The classic 310 sea breeze direction has some local idiosyncrasies on Sarasota Bay. Leaving from Mark I, there will often be lefties over toward Longboat Key early. Go there carefully because there is great danger from boats on the right. From just below Mark H all the way up, righties often blow in from the Bayshore Gardens direction. I almost always approach Marks H, 15, 16, and J from the right.

Dozens of boutique shops five minutes from the Squadron on the way to Lido Beach.

1600 Ken Thompson Parkway, Sarasota 34236 - (941) 388-4441 Just a brief walk down the island from the club, you can pet the stingrays, see the manatees, or watch sea turtles in this working marine research facility.

All the 4 keys have excellent beaches. Lido Beach is 5 minutes from the club.  Siesta Key is one of the top 10 beaches anywhere in the world.

The winter theatre and music scene is packed for the snow bird crowd.

For hometown comfort near Sarasota Airport, we invite you to stay at our Baymont Inn & Suites Sarasota hotel. We are located near the beauty of Sarasota Siesta Key Beach, within walking distance of charming local shops and a mere 15-minute drive to Sarasota-Bradenton International Airport (SRQ). Baymont Inn and Suites, 1425 S.tamiani Trail, Sarasota, FL, 34239 Phone: 941.955.9841

Lodging information can be found on the Sarasota Sailing Squadron website