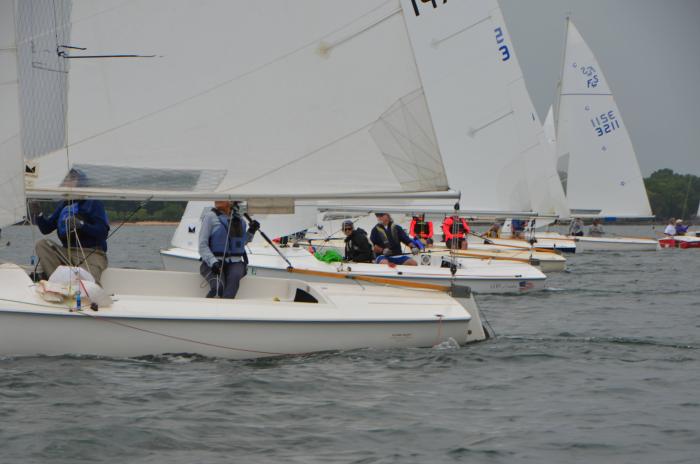 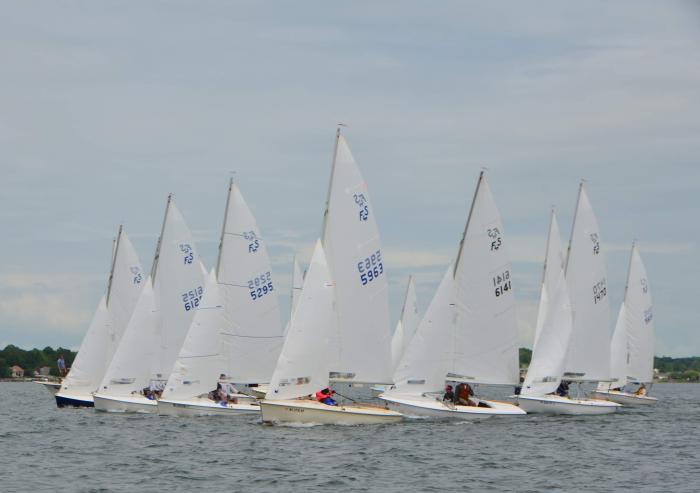 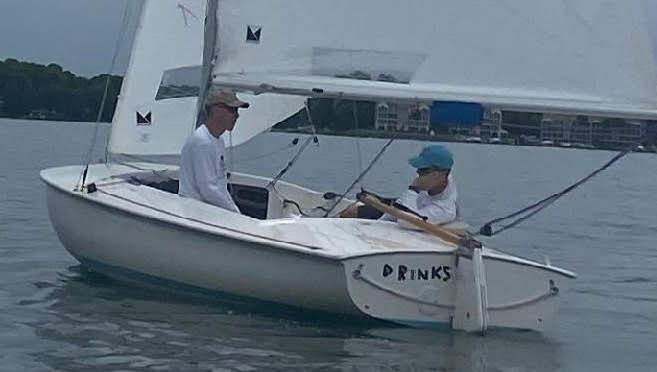 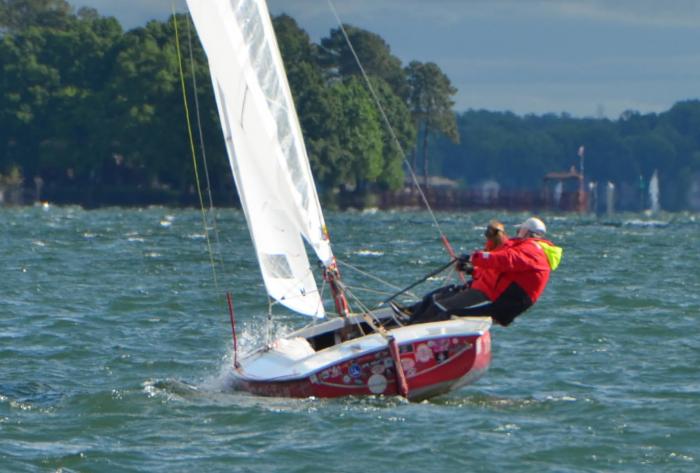 Seventeen Flying Scots gathered at Lake Norman Yacht club for the annual Flying Scot Great 48; the weather looked perfect for a great weekend of sailing!   After a warm breakfast, the boats hit the water for sailing Saturday.  Mother nature, however, did not read the weather report and during the first race won by John Kreigdler and Dan Tegel there was a large shift that caused the second half of the fleet to beat into the finish line and then the wind shut down as rain went around the lake which kept the sailors dry, but in search for breeze.   After a one-hour postponement the mother nature got the message and filled in nicely from the west which allowed shifts 10-60 degrees to make setting a course near impossible; but mother nature got is right and settled down to a more realistic 10-20 degrees and we got a second race going.  Race two saw many boats restless after the postponement and crowded the line which led to a general recall; the second attempt was better and it was a wire to wire win by Dave Rink and Joel Blade.  The third race of the day was a clean start with the fleet splitting; half going right and half going left on the first beat in the end Rink and Blade pulled out another win.   Saturday night beers and stories where shared around Lake Norman Yacht Club’s new outdoor patio (the Crossroads) before a wonderful catered dinner.  Sunday another warm breakfast, bacon, eggs, pancakes fruit and yogurt.  As the race committee left the dock to set up the course for the day the breeze had picked up to over 12 knots and a few in the fleet decided to call it a day.  Race 4 was won by Rink and Blade continuing to show how sailing together for as long as they have helps with changing conditions.   Race five was started right after race four was completed and saw the fleet again split the course on both sides; race five was won by Bruce and Lynn Kitchen.  Congratulations to Dave Rink and Joel Blade for their victory.