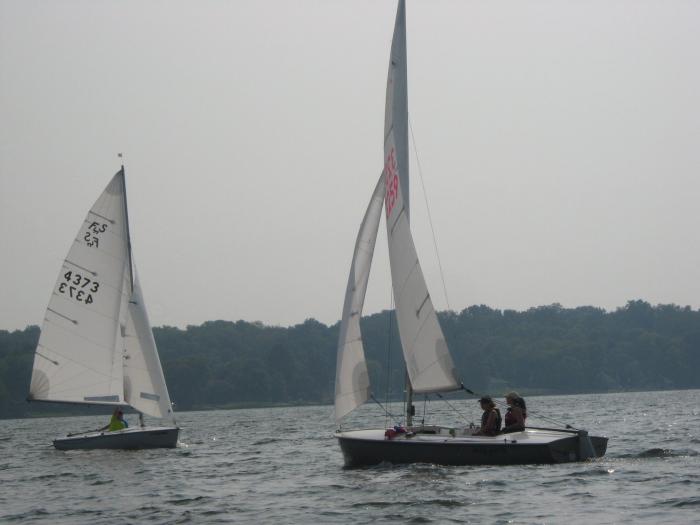 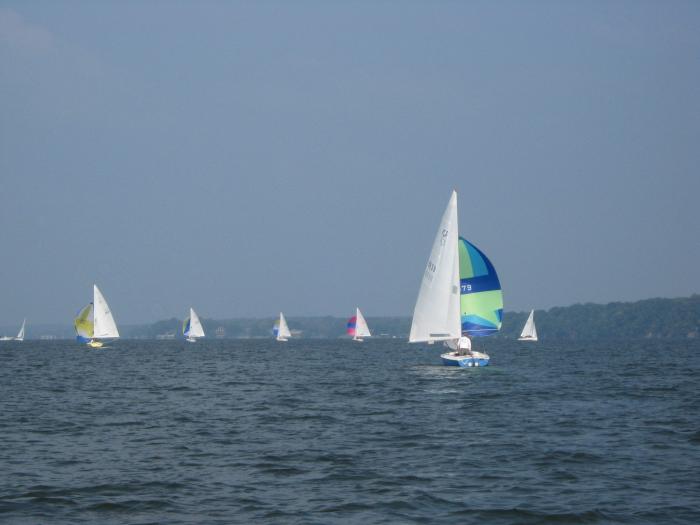 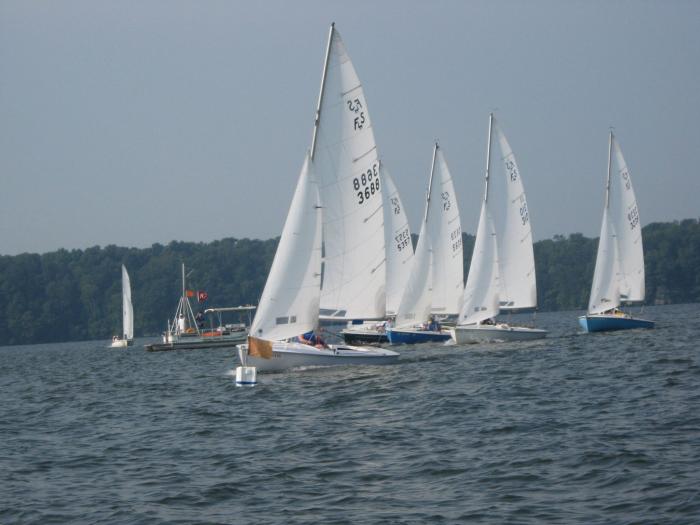 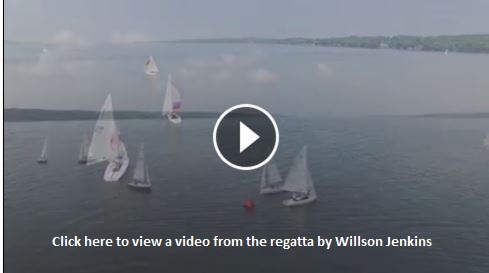 Normally we like to hold our District Championship in the Spring or Fall. If you’ve ever sailed in the Southeast in the summer, you know why. It’s usually very hot, very humid, and little to no wind unless there’s a thunderstorm nearby. Despite the potential challenges, Joel VerPlank, Willson Jenkins and the rest of the crew from fleet 190 forged ahead with plans for a regatta to be held the first weekend in September. I was confident that should the wind get scarce, we would be entertained in some way. Fortunately, the weather gurus got it wrong, and we had minimal, but sailable breeze all weekend, enough to get 5 races in! Fleet 190 makes its home at Muscle Shoals Sailing Club on beautiful Wilson Lake, near Centre Star, Alabama. MSSC is located about 12 miles east of Florence, and about 40 miles west of Huntsville, along the Tennessee River.

Racing on Saturday was very close, with all 11 crews working the left side of the race course in an attempt to get out of the current. Normally, the current is not a critical factor in racing on the lakes created by TVA dams, but when it’s hot? Those turbines spin, and lots of water is released from the adjacent Wheeler Lake. The north side of the course happened to be on an inside bend of the river, and under a prominent point upstream. By the second race, almost everyone had been clued into this feature, and the first boat to get to the northern shore had a big advantage over those still in the middle of the course. Richard Wade of Birmingham Sailing Club used this, and some very good boat speed to his advantage, three races in a row, to take a commanding lead by the end of the day. Fellow BSC skipper Von Rogers was close behind in second, and Tom Clark of Privateer Yacht Club’s fleet 13 held third place.

One thing you can count on at a Dixie Lakes regatta is a good party, and the folks at Muscle Shoals Sailing Club take great pride in their ability to inundate their guests with good food and cold adult beverages. Being located so close to the center of great American music, Muscle Shoals, Alabama, it’s also fairly easy to find a really good band. Competitors were treated to a diverse selection of RandB originals and covers, while dining on barbecued chicken with blackberry jam glaze, baked beans with peaches and local craft-brewed IPA. Life in the South is sweet!

Sunday morning brought cooler temperatures and slightly more breeze. The longer course set by PRO Gar Bouse moved the course upstream where the current was even more influential. The fleet had factored this bit of data into their brains already, and there was a pretty good fight for the pin end both races. Ed Craig with crew Yvonne won the pin in both contests, followed closely by Tom Clark and crew Rob Fowler. Both crews held early leads in both races, and everyone worked the left side of the course hard, staying out of the current, and looking for more pressure and clear air. The racing was very close, but Craig and Clark couldn’t hold on as Von Rogers won the first match, and Richard Wade won the second. Wade and crew won the regatta with a dominating four bullets and a third place, followed by Rogers, Clark and Craig.

The 2016 Dixie Lakes Districts will be held in conjunction with the Grits ‘n Haggis Regatta, hosted by fleet 193, and sailed on Lake Keowee in South Carolina. We welcome everyone to come and sail the southern lakes with us!