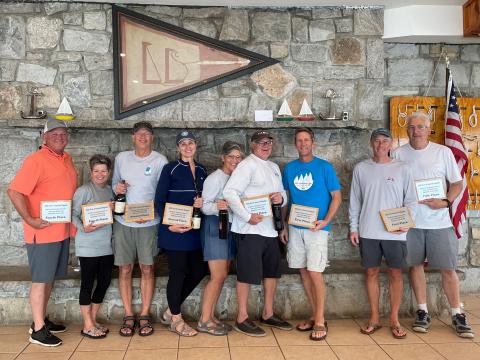 by Peter Kowalski, FS5349, and Jackie Cattanach, FS5716 Lake Lanier Sailing Club Flying Scot Fleet 111 held its 9th Scot-A-Hoochee regatta on Sept 24 and 25, 2022. (Lake Lanier is an Army Corps impoundment of the Chattahoochee River, hence the name for the regatta.). Fifteen Scots were registered and the 14 that sailed were on the starting line Saturday hailing from five states (GA, TN, AL, SC and NC). Ben Williams and Deb Aaronson (FS6144) traveled the farthest, from Eastern North Carolina... Read More 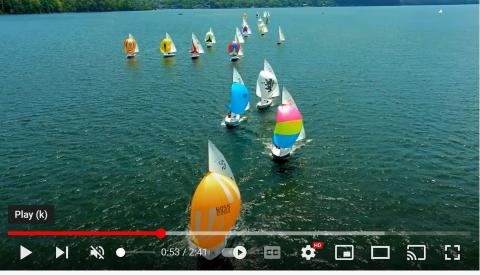 There were 34 boats registered for the 2022 Choo Choo Regatta at Privateer Yacht CLub in Tennessee. They had a great weekend with 5 races and some close racing.  Lynn Bruss and crew put on a great event and we should all get this on our travel calendar going forward!  Top 3 teams were Richard Wade and Jim Leonard from Birmingham Sailing Center, Dave Rink and Brian Evans from Lake Norman Yacht Club and Michael Faugust and Jennifer Ikeda from Ephraim Yacht Club and Sarasota... Read More 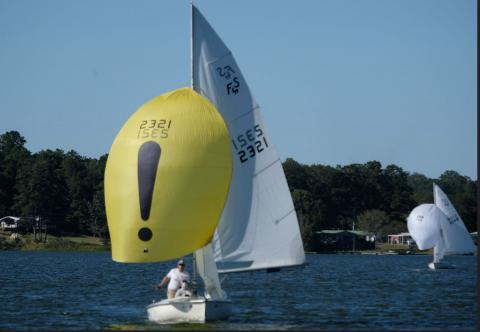 The 2022 Great Scot Regatta was held over the October 1, 2 weekend after Hurricane Ian had passed well East of Birmingham Sailing Club and made its way North of the regatta site.  The storm caused terrible damage where it passed but provided Logan Martin Lake with a fresh Northerly breeze and clear blue skies. The 24 Teams were split into their choice of two fleets and sailed on the same course with separate Starts.  After a brief Postponement of the 1pm first race to allow the... Read More

Photos by John Martin The annual Scot-A-Hoochee was held at Lake Lanier Sailing Club on 9/21-9/22/2019. While there was not as much wind as we usually hope for, ther was lots of fun, food and beverages to keep everyone entertained.  Saturday 3 racs were held in light wind, but Sunday there was just not enough breeze to hold races.  Congraultaions to winners Rob and Patricia Fowler with 2 bullets out of 3 races!   Full results are here. Read More

This story and photos are from Bob Graves Fleet 193 held its 11th Grits ’n Haggis Regatta at the beautiful Lake Keowee Sailing Club on May 18 & 19.  We had 22 Scots on the line. The winds were light which kept the kilts down.  Even though we only were able to get 2 races in on the weekend - the Dark and Stormies, Regatta Olympics (hosted by Sandy Eustis) and the steak dinner with all the trimmings Saturday evening more than compensated... Read More