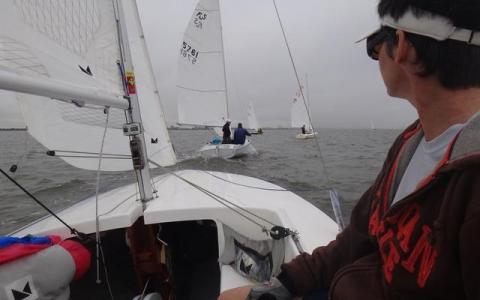 Here's a great group of sailors telling us why they sail Flying Scots.  Do you?  You should!  Visit the Flying Scot Inc. website for more informatiion on how to get one of these great boats! Special thanks to Jim Walsh - FS Fleet #114 Captain who rallied the midwest sailors to attend "Strictly Sail Saturday" at the Chicago Boat Show! Read More 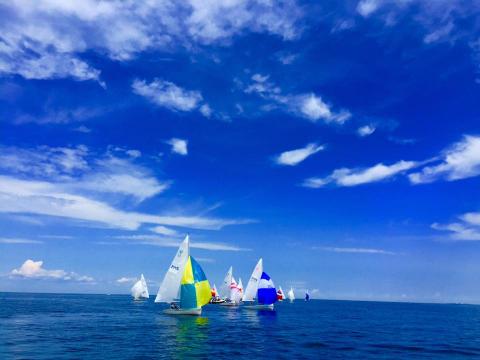 Glimpse of Friday's weather (video by Eric Bussell)   On Friday, Eric Bussell wrote: Looks like Harry Carpenter and Ryan Malmgren will be having their racing clinic today on shore. One of my favorite things about Ephraim is all these future sailors running around and having fun no matter what. They are playing telephone upstairs and doing arts and crafts downstairs. Weather is expected to clear for the 30+ racers who have pre-registered. Things... Read More

Each year, fleets are nominated for the prestigious Fleet of the Year Award, recognizing a fleet whose sailors are FSSA memebrs, are very active in the class including racing, participation as well as organization in local and national events, who have creative ideas for encouraging participation in Flying Scot sailing, and who generally support the Association,  At our 60th Anniversary party, the perpetual trophy and a Flying Scot class flag were awarded to Fleet 135, Clinton Lake Sailing... Read More 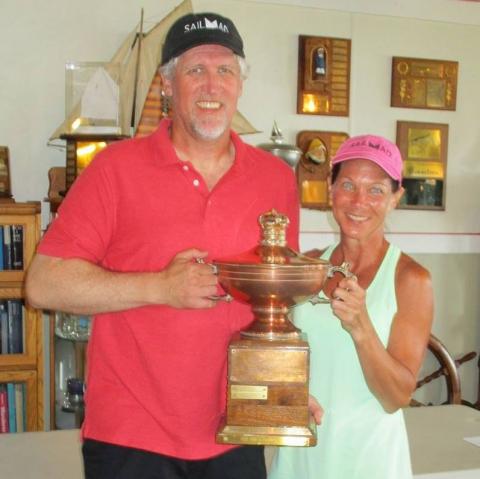 Twenty-two boats - 9 from Cliton Lake Sailing Association - registered for the 2017 Egyptian Cup Regatta at Careyle Sailing Association. Due to Sunday's forecast for lstorms and heavy winds, PRO Ted Beier held 4 races on Saturday.  Two W-L races were sailed in the morning in 8-12 MPH WSW winds. In the afternoon the winds held steady and there was 1 modified Olympic and 1 W-L course.  After Day 1 the top 5 boats were separated by just 5 points... Read More 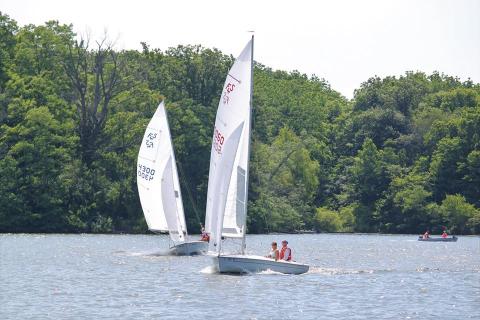 Flying Scot Fleet 201 hosted the 2017 Indy Regatta on Jun 10-22 at Eagle Creek Sailing Club, on Eagle Creek Reservoir in Indianapolis.  If you were'nt there, you might have missed some pretty great racing according to some posts on Facebook.  The weatehre was great! Saturday  eatured clear skies and winds SW at 15 mph with gusts to 25 mph with 4 W/L races completed.  Sunday also had clear skies, and less wind S at 12 mph with gusts to 18 and 2 W/L races.... Read More 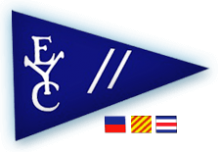 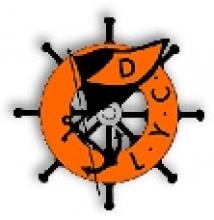