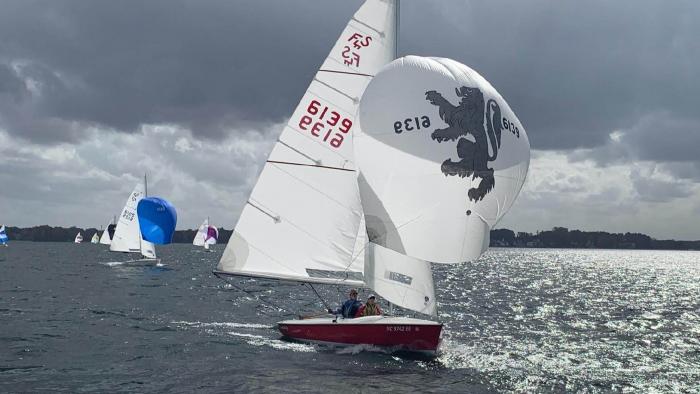 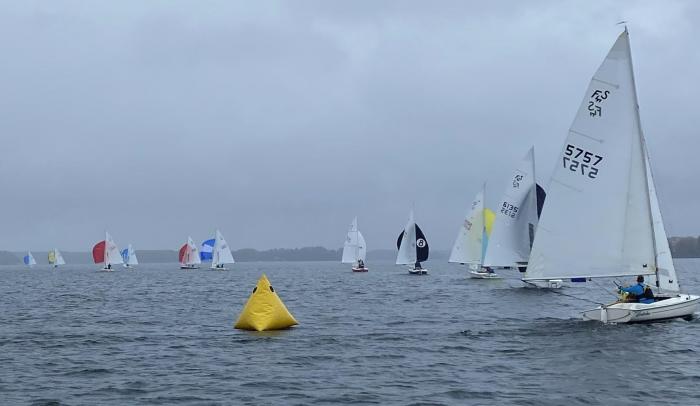 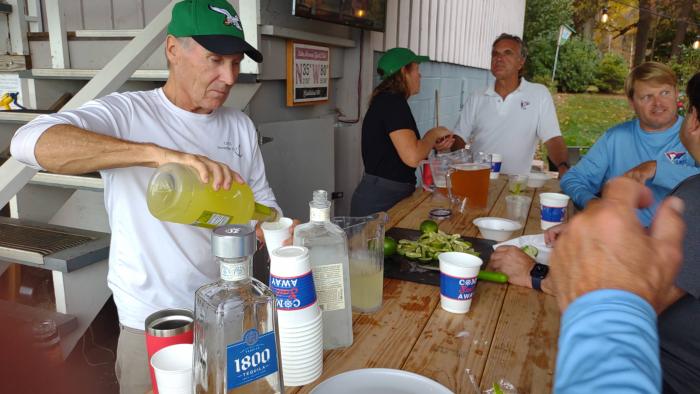 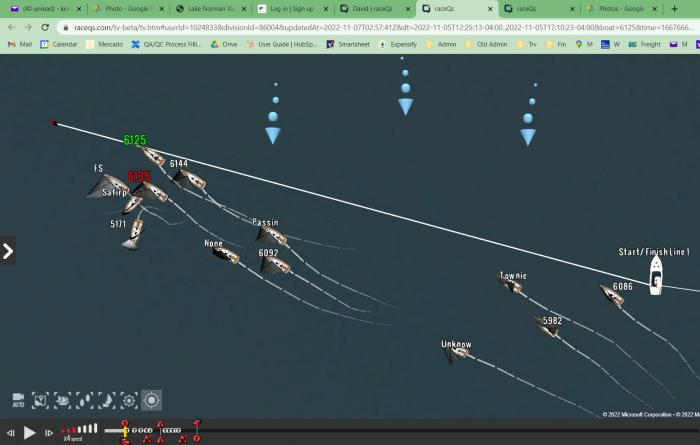 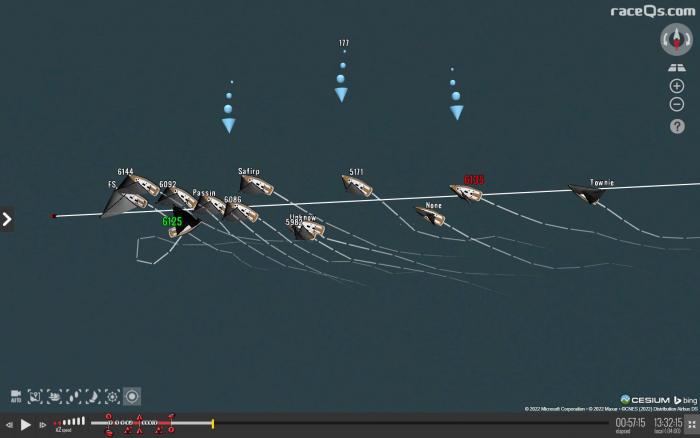 The Fall 48 typically has cooler temps and bigger breeze.  Mother nature got the breeze right but not the temps!  We kicked off the regatta Friday evening with a chili cook-off.  Five LNYC members brought crockpots of chili and it was a great opportunity to taste a wide variety.  The big news on Friday was the finalization of the 2023 Flying Scot North American Championship to be held at LNYC the first week of June 2023.  The original planned site didn't work out, and Jim Leggette asked if LNYC would be willing to step up and run it.  The club will end up with 3 national events on the calendar for 2023!

For those of you that went to the 2013 NACS at LNYC, here are the biggest changes.  In 2013, it was held in mid-July, and we got nuttin for wind in July. Next year, it'll be the 1st week of June so we have a much better chance for decent breeze.  As a bonus, the local schools will still be in session so less chance of power boat/jet ski chop.  In 2013, the clubhouse hadn't gone through it's recent renovation, and we now have air conditioning!

The forecasted conditions on Saturday were varied, NOAA and the Weather Channel had a nice 10 knot forecasted.  SailFlow had 14 to 22, and surprisingly SailFlow was spot on!  It was sporty, but flat water.  The race committee did see puffs into the low 20s but not many.  The cloudy conditions kept the powerboats away and the sunscreen in the bottle.  Balmy, mid-70s temps made it almost perfect conditions.  Steve Shaw sailed the most consistent on Saturday with a 2, 2, 3.  Sean O'Donnell had a rough start in the first race on Saturday, but he followed that with 2 bullets so he was right in the mix.  At the end of the day, it was essentially a 3-way tie with 1 point separating 1st to 3rd (Rink, Shaw, O'Donnell).  John Cook in 4th, was only 3 points back.

We had 2 clinics Saturday evening after racing.  The first, at 5pm, was Margarita making.  Unfortunately, coach "K" (not Krzyzewski) couldn't be there in person for Kreidlerita making lessons, but after some distance learning and a couple 1.75L bottles of 1800 we got it figured out.  Or maybe we didn't and just couldn't tell!

Eric Bussel had a great idea to run RaceQs (raceqs.com) for the regatta and Bruce Kitchens agreed to work his magic on the PC putting in the start/finish lines, marks, etc.  This led to a nice post racing debrief/clinic on the big screen after dinner.  What a great way to see how the start unfolded, who went left, who went right, and how that paid off, etc.  This was a fantastic idea and I hope we can do it at more regattas in the future.

On Sunday, we had lighter winds probably 5 to 8, but also some rain in the forecast.  The hope was for it to hold off until later in the day but it didn't!  At the end of race 4, it started.  After a brief survey, and since we were already wet, we decided to race another.

Ben Williams was really on his game and nailed his starts the whole weekend.  I think he won both starts on Sunday (see pic FS 6144).  There's a great video of Eric winning the pin, but the start line had different wind at each end.  At the boat end the line was square, but at the pin end it was slightly left shifted/favored.  Ben usually started closer to the boat than most, climbed ladder rungs, and was able to hold off any port-tackers from crossing.  A good lesson that I hope I remember.

Thanks so much to our PROs (BJ and Emily Jones) for running 5 great races.  My regatta co-chair, Carol Sandke, did all the hard work (food, volunteers, trophies) and was a real super star. We had boats from several different states competing but in the end, LNYC took the top 3 spots followed closely by our friends: Eric Bussell from Illinois,  and Bruce Kitchens from Ohio.