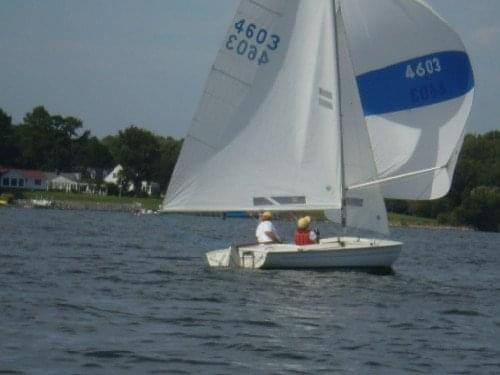 The FSSA President would like to recognize an outstanding ambassador for the Flying Scot® class.  She has been an active FSSA member for many years and has served as Class Historian for several years, contributing a story to each issue of Scots n’ Water.  She also worked tirelessly to submit nominations for  Flying Scot designer Sandy Douglass to the Sailing Hall of Fame, and he was ultimately inducted on June 23, 2020.  For being a tireless cheerleader for all of us, we bestow the title of FSSA Historian Emeritus to Debbie Cycotte. Thank you so very much Debbie. Well deserved!