Captain Jack McClurkin has passed away 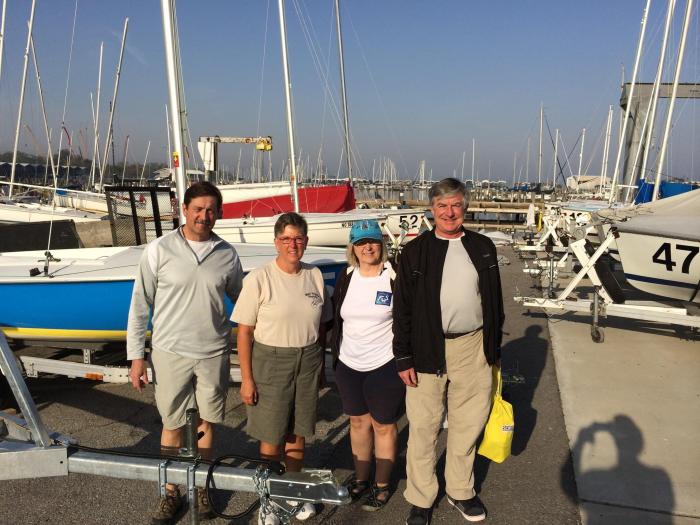 Sorry to report that long time Flying Scot Sailor Jack McClurkin died early this week while vacationing in Florida.  He had sailed Scots since the 1980's, served as an FSSA Executive Committee member, and regularly attended regional and national Scot events for four decades.  In his most recent Scot event, he and crew Marc Schillebeeckx finished 11th of 31 at the competitive Glow in the Dark regatta in October, 2021.  Jack was a businessman and entrepreneur for years living in the Chicago, IL area and in retirement earned his Captain's Pilot license and skippered large taxi and tour cruise boats in the Chicago River and Lake Michigan.  He also was the primary tactician and skipper of a Tartan 10 racing yacht in multiple Chicago Mackinac races throughout the years.  Attached a picture of Jack at the 2014 Midwinter Championships in New Orleans (far right) with myself, Sarah Buffington, and Diane Kampf.  Rest in peace our friend!!