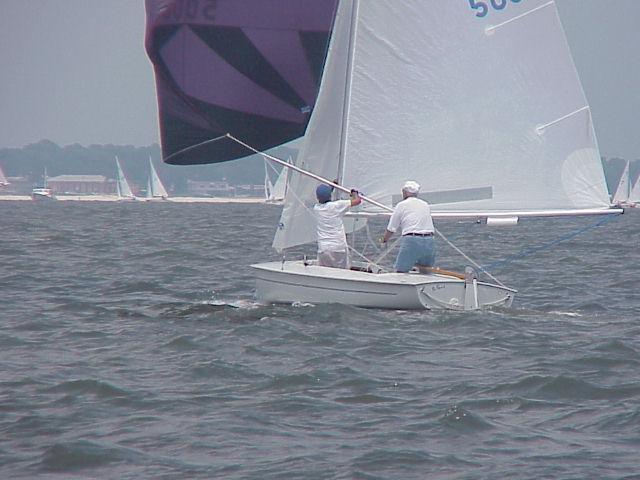 by Larry Taggart, FSSA Parliamentarian and Past President

Our Association lost another one of our stalwarts and legends ﻿when FSSA Past President and long time board member Paul Moore passed away on Wednesday April 22, 2020. Paul served as Class President from 1987-1989, and served as chair of the Nominating Committee for many many years after that. He was also the first class Parliamentarian.

I had the pleasure and honor of following him as I moved up the ladder in the FSSA. Not only did I follow him as Class President, but I also took over for him as chair of the Nominating Committee and as Parliamentarian when he finally retired from those position. In many ways he was my FSSA mentor.

Paul was a member of the Midwest District, as well as the Carlyle Sailing Association. He was always recognized by his sail numbers ending in “000” and the stars emblematic of a Past FSSA President.

He was a great advocate for the Class and was a builder’s rep for a number of years. Our NAC Father-Son Perpetual Trophy was made — he loved to dabble in woodworking projects — and donated by him and was presented by his sons at the most recent Dallas NAC.  This award was special to Paul, as he almost always sailed with one or both of his sons as crew.

Given world events, funeral arrangements are unknown at this time.

FSSA A Couple of Old Salts.docx