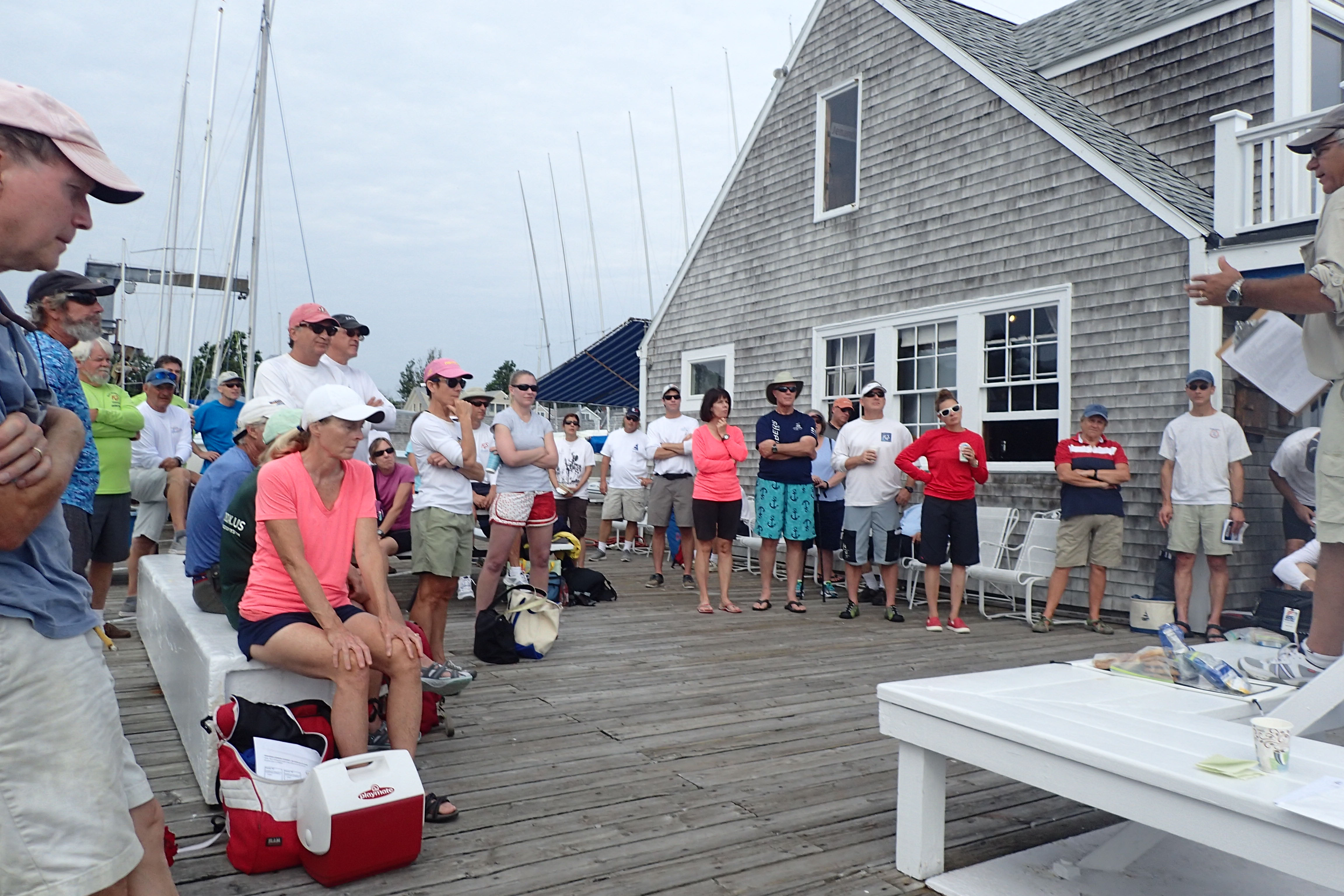 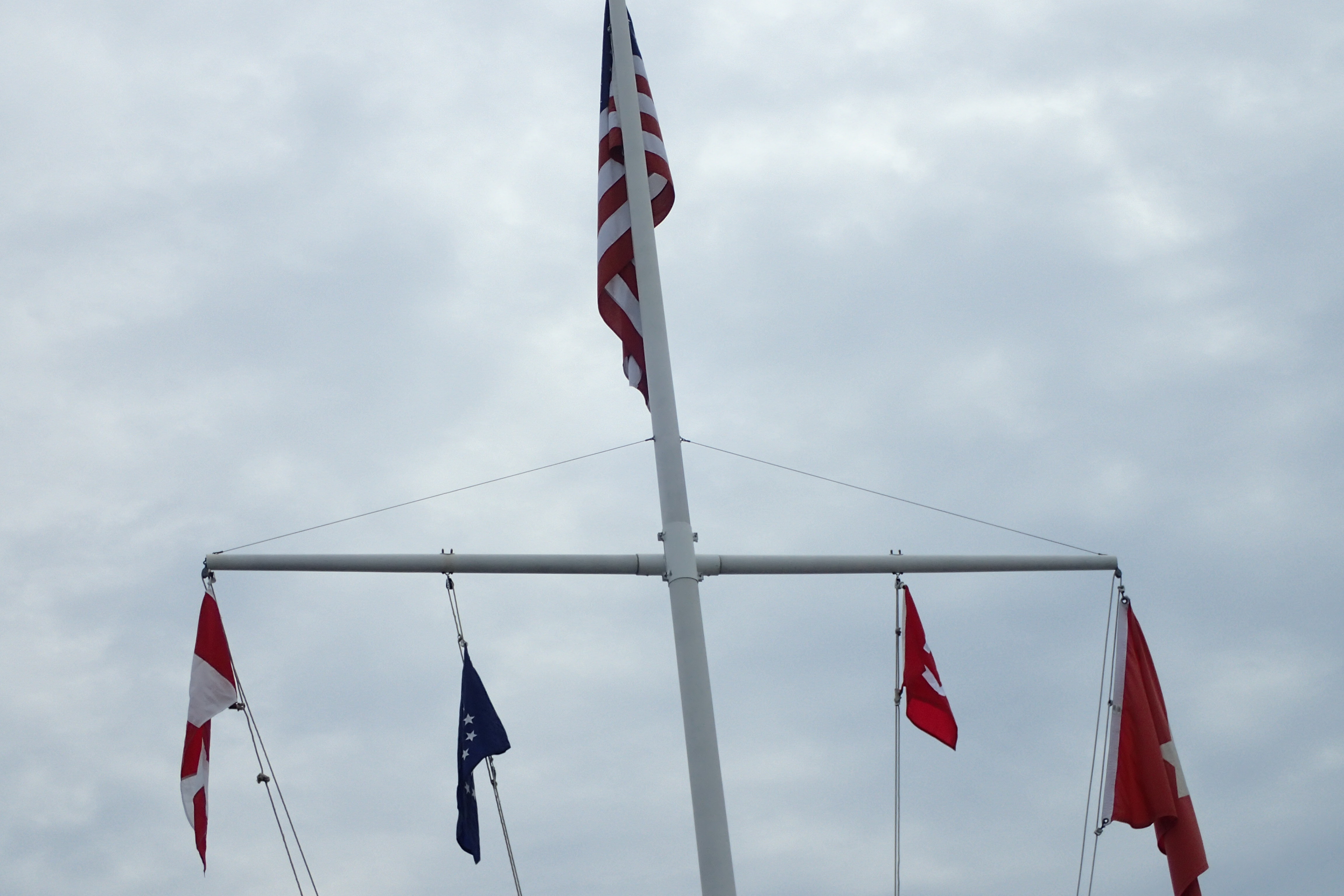 After Steve Ouellette led the skippers' meeting at 9AM, there was little to no wind in the harbor, so we did not go out immediately.  Teams took advantage of the goodies that were put out for a continental breakfast, then made PBandJ or Fluffernutters to take out on the boat with them.  Teddie Peanut Butter donated the peanut butter and whatever is left over after the regatta will go to a local food bank.

Unfortunately, the wind did not fill in before 11AM, so up went the Postpone Flag, jokingly called the Cat-in-the-Hat flag.  But that did not lessen the spirits of the Wife-Husband teams, they just kept on sharing stores of other regattas, bragged about their children and grandchildren and some went for a walk in Rockport to take in a bit of this historic New England town.  Meanwhile, Brian Hayes did what he does best, gave an impromptu talk with some Flying Scot footage he had from previous events, sharing stories, answering questions and really entertaining the crowd. 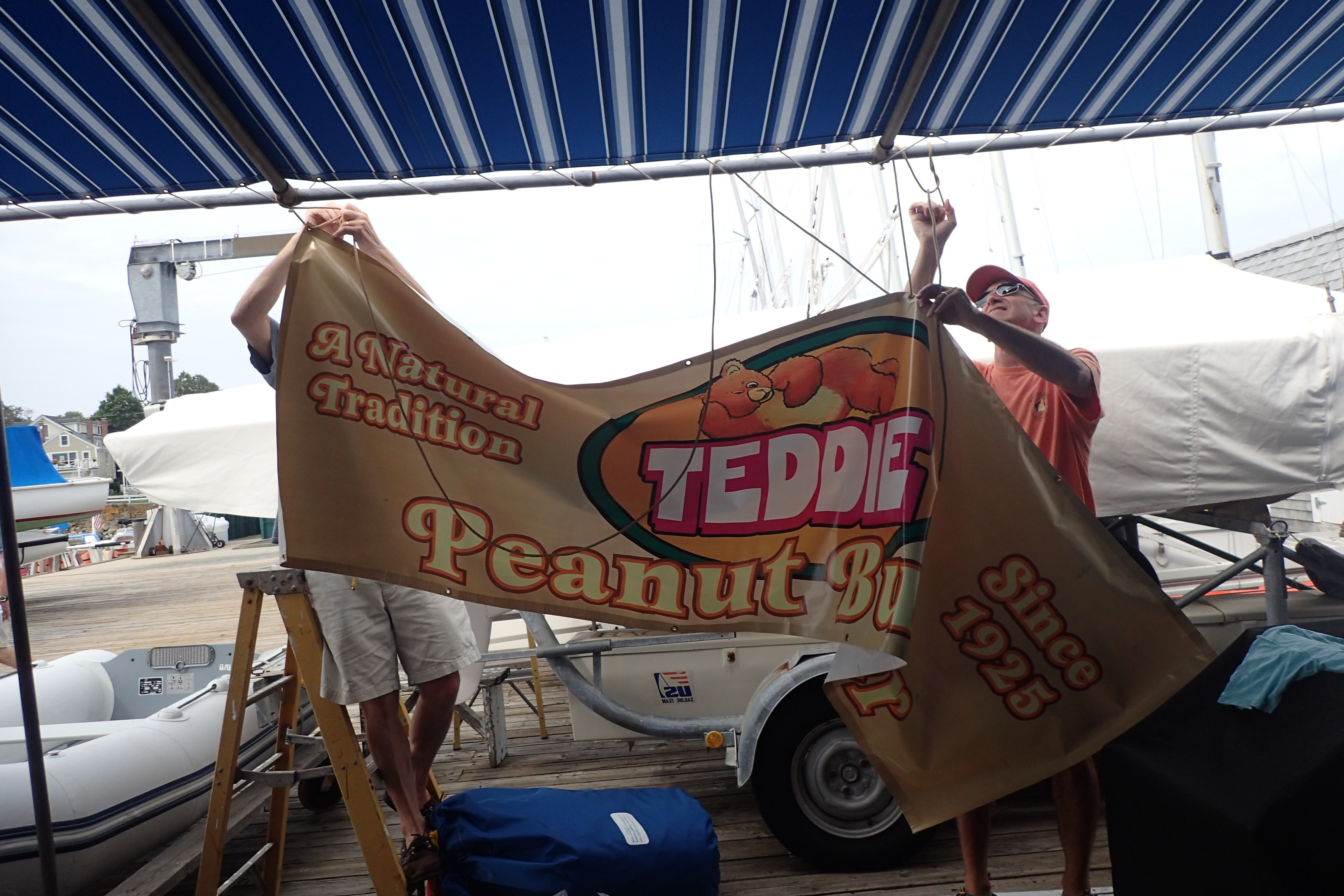 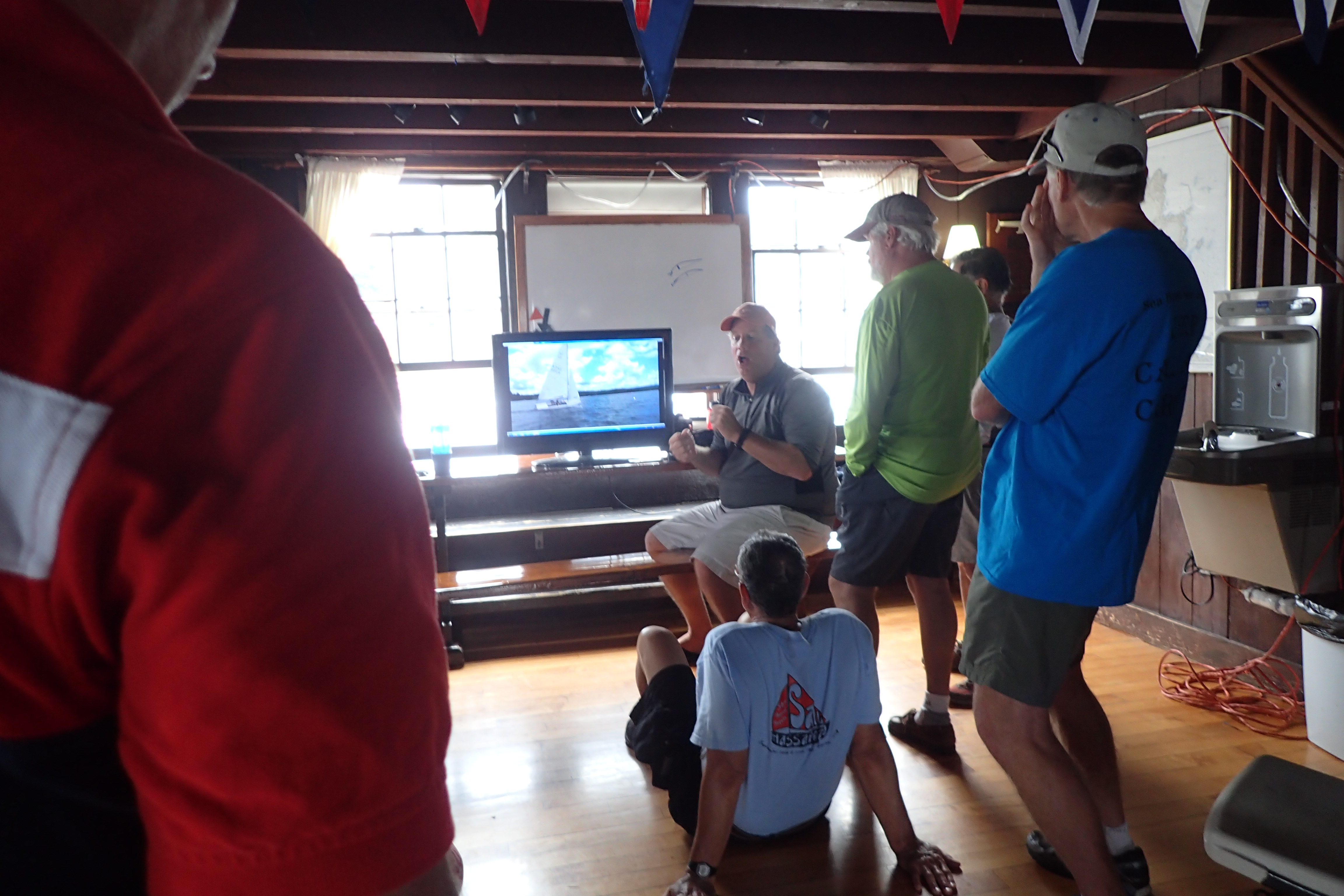 About 12:30, the wind came up enough to take down the flag and get us out on the water and get in two races.  The first race was a W-L 4 with the wind blowing 4-6, occasionally getting to 7 or 8.  In the second race we had a little more wind, maybe 8-12, with some rail time and vang time.   Going right was the order of the day for most boats and that choice was not for the faint of heart - you had to go WAY right to be successful.  A few boats were successful going left.  In the seocnd race, the boats that went left really did not make out well, unless they went left a little way, then going right not too far up the legs.

After racinng, Brian Hayes showed videos that he had taken on the race course and explained what went well, what were not the best decisions and what some could have done better.  In the end, the CHampionship leaders are Jeff and AMy Smith Linton and Challenger leaders are David and Marilyn Archibald.  Tomorrow is looking like there will be a little more wind coming in from the north/northeast, so be ready!