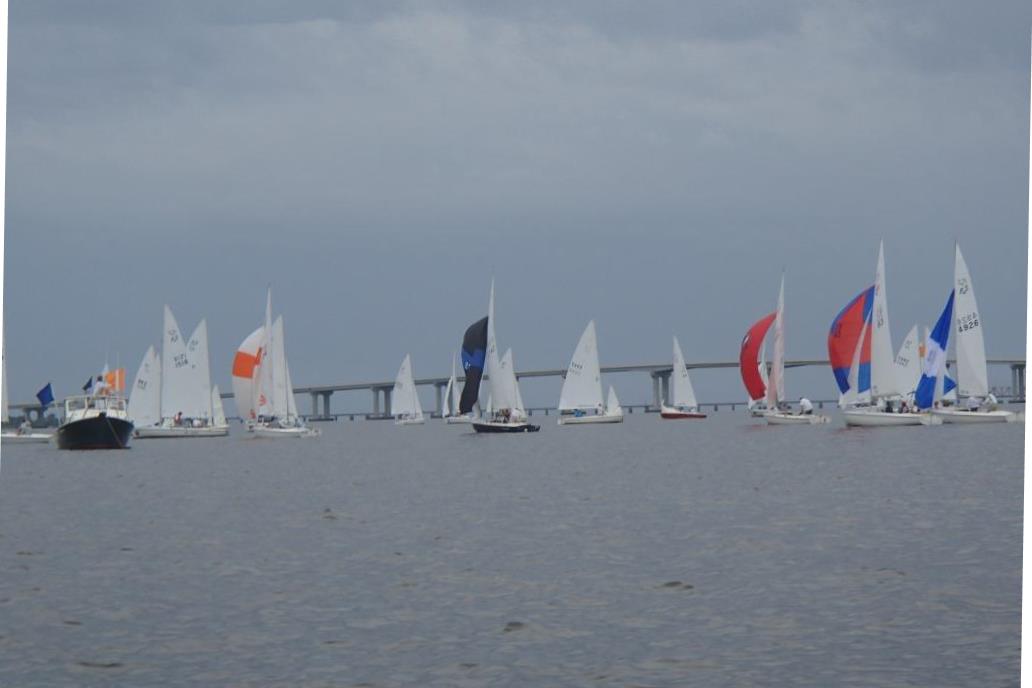 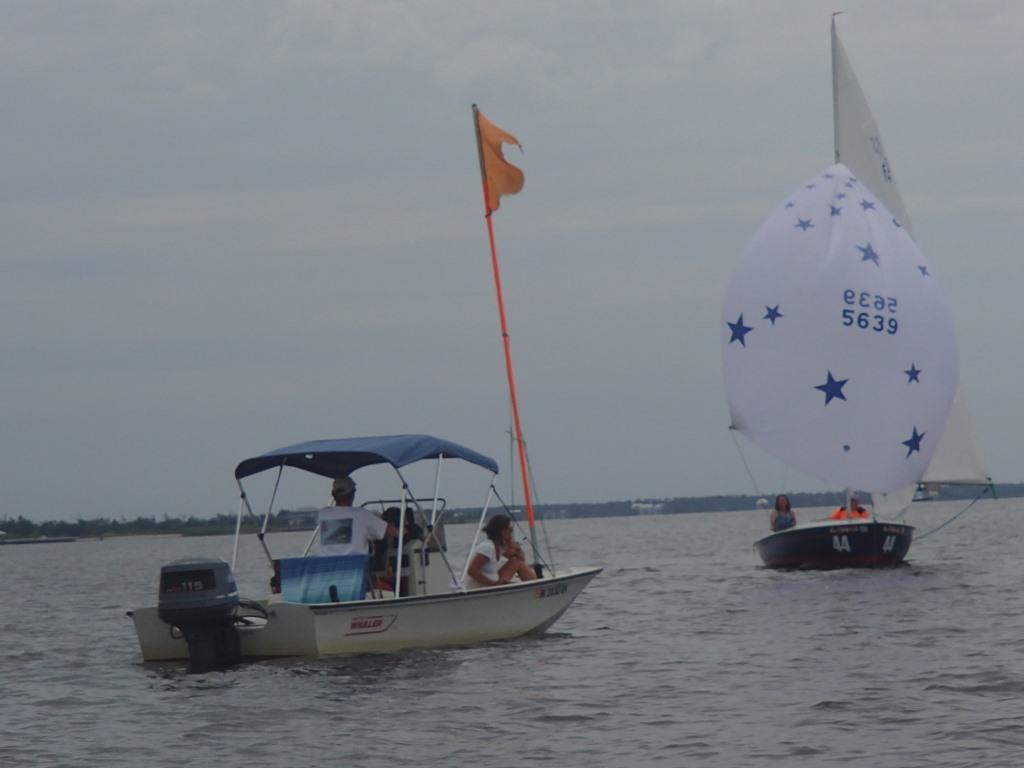 Today the wind came in mostly from the west and the velocity was not as strong as previous days. For Race 1 we had 5-7 MPH and sailed a 4-leg W-L course.  Several boats in the Championship Division went left and were not as fortunate as those who went right.  Quite a few Challenger Division boats reached the windward mark before the Championship boats that had gone left.  The current at the windward mark fooled some of us as well and boats changed places constantly.  The wind was less than 4 MPH for a while and the Race Committee announced on the radio that more velocity was forecast if we just waited.  Most boats stayed "OCS" (On the Club Side) in the event there was no more racing for the day.  But the advertised wind filled in and we sailed a 5-leg W-L race.   Thankfully we were not subject to any storms after heading into the docks and everyone got their boats out without incident. 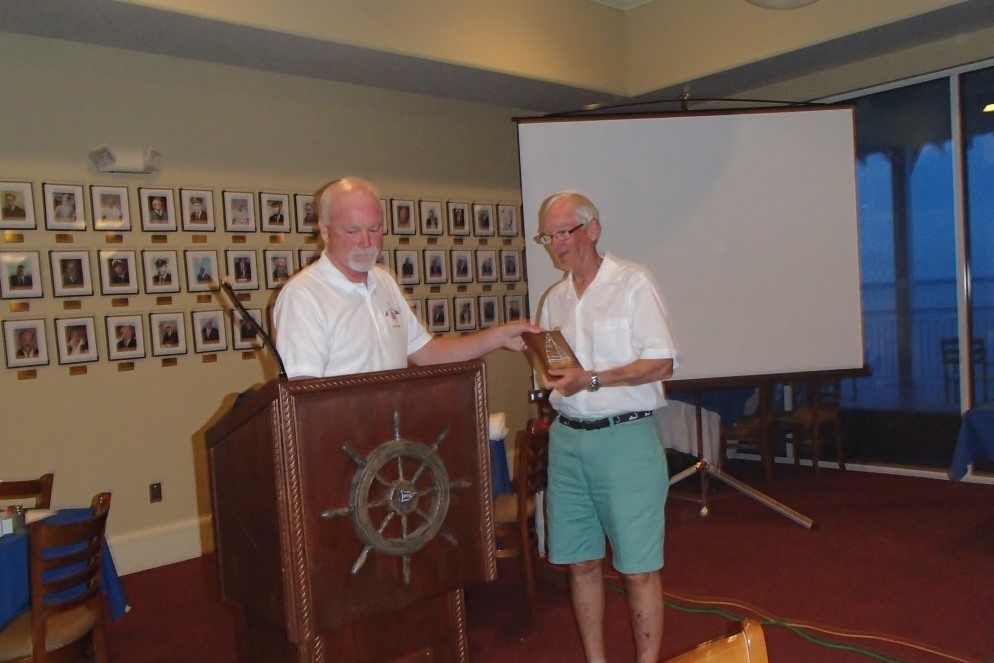 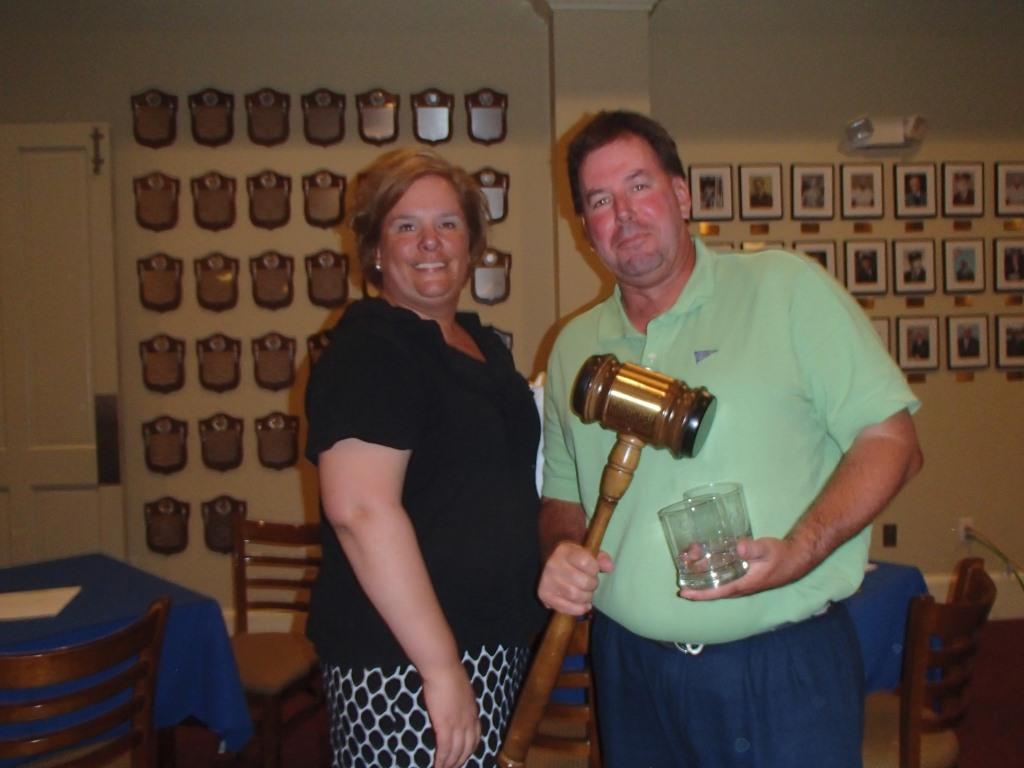 Following racing was another delicious meal at the Club thanks to Regatta Chair Boo Heausler and team.  Class President Frank Geery chaired the Annual Meeting after everyone had gotten something to eat.  The Fleet of the Year was awarded to the Sarasota fleet for all their great work in the past year.  A most-deserving special award was given to Bill Ross for his many years of service on the National Championship Committee - no worries now, he is staying in the job!  We discussed the upcoming national events, including the 2015 Wife Husbands at Davis Island in Tampa, FL, the 2015 ACC at Blackbeard Sailing Club in New Bern, NC, the 2016 Midwinters at St.Andrews Bay in Pensacola, FL, the 2016 Wife Husbands at Fishing Bay Yacht Club in Deltaville, VA, and the 2016 NAC at Sail Newport in RI.

We elected our slate of officers and our new Class President John Domagala and his wife Susan are pictured above with the gavel.  We ended the evening with the raffle for the new Flying Scot and it was won by Norm Wainright.  We also gave away a MAD Sails Spinnaker, a North Sails Jib and a custom made tote bag from MAD Sails. Congrats!