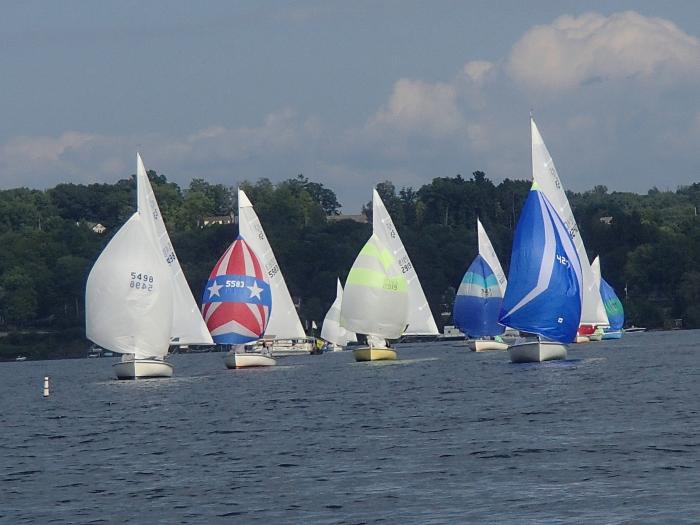 The Saratoga Lake 28th Annual Flying Scot Regatta in Saratoga, NY, fielded 26 boats, 17 in the Championship Division and 9 in the Challenger,  We started out Saturday 8/9/2014 with little wind on the lake, so we visited with old friends and made some new friends as we waited for the wind to fill in.  The Race Committee decided about 2PM that there might be enough wind to get us out there.  We paddled part way out to the course, then flew spinnakers to get to the RC boat.  In light air we raced 4 legs of an Olympic course in about 1.5 hours, so the race was shortened at the windward mark.  We hoped for a little more wind on Sunday, but it never came.  Greg and Diane Kampf from Massapoag Yacht Club won the Championship Division and Greg and Steve Northrup from Candlewood Yacht Club won the Challenger Division. Final results are here.