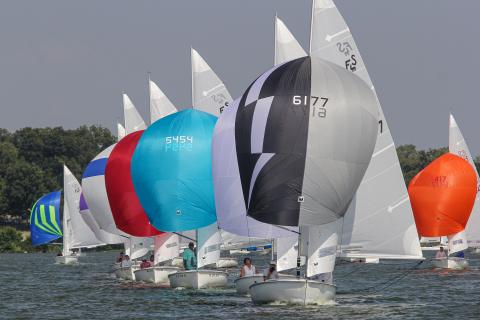 The Southwest District encompasses all of Texas, Arkansas and Oklahoma.

Our District Governor is Robert Cummings from Fleet 23 in Dallas. The Southwest District is also home to FSSA 2nd Vice-President, Nina Cummings. 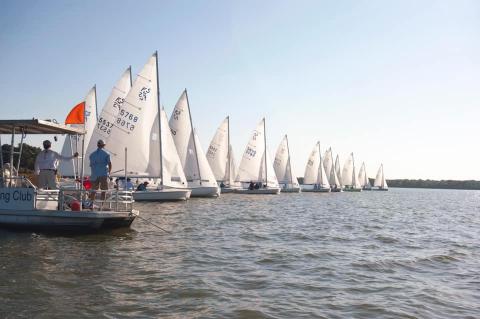 Fleet 23 at the Corinthian Sailing Club in Dallas, Texas, hosted their 46th Annual Open House Regatta on October 18-20, 2019.  There were 38 boats on the line, 24 Championship, 9 CHallenger and 5 Non-spinnaker - what a great turnout! The theme of the Saturday night party was Havana nights it was a great time for everyone,. Bill Draheim and Jeff Perna took first place honors, Kelly and Heid Gough were second and Griffin Orr and his Dad Jim Orr were third in the Championship Division. The... Read More

The wind gods were not cooperative today so we did not sail on Day 2 of the 2019 Wife Husbands at Corinthian Sailing Club in Dallas. Fleet 23 were wonderful hosts for the event and everyone had a wonderful time!.  WIth the 3 races sailed yesterday, the trophies will be awarded.  Championship winners are: Kelly and Heidi Gough, Bill and Jennifer Draheim, Ryan Malmgren and Stacey Rieu, Tom and Melissa Miller, and Jeff and Amy Smith Linton. Challenger winners are Robert and Margaret... Read More

It was a beautiful day on White Rock Lake, in the 90's, sunny with just not enough wind in te morning. The Race Committee n shore while we waited for the breeze to fill in - and it did. We headed out about 12:30 and races started shortly after we got out. We got in 3 great 4-leg Windward-Leeward races in 6-10 MPH easterly winds, and there was very little consistency in the results. People who finished badly in race 1 did great in race 2 and vice-versa. We had lots of fun on the water, and now... Read More

Corinthian Sailing Club 1997 Married Couples CHampionship t-shirt!   Borrowing a boat has never been easier! Boats are lined up ready to go! We have 37 Wife Husband teams from 10 states at the Corinthian Sailing Club in Dallas, TX, where Fleet 23 is hosting the 2019 Wife Husband Championship.There are 3 divisions with 22 boats in Championship, 5 boats in Challenger and 10 in the Non-spinnaker division. The competition will be friendly but there are some really good... Read More