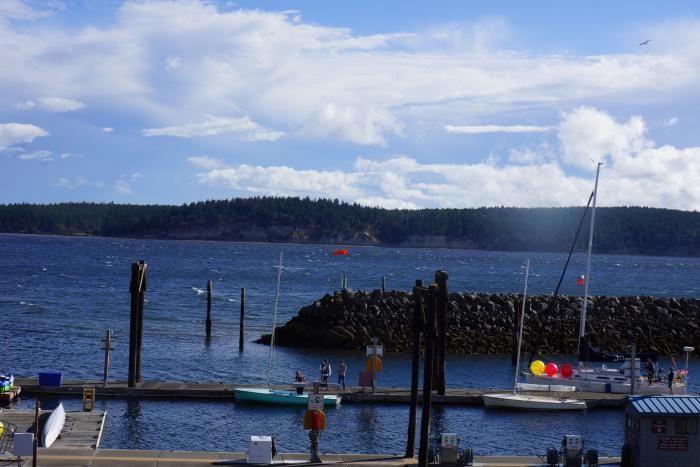 Twelve Flying Scots and seven Thistles lined up for the annual SBYC Sequim Bay Regatta which was held on Saturday August 29th and Sunday August 30th.  The racing was wild and intense as a rare October wind storm (in August!) came through Puget Sound and the Olympic Peninsula on Saturday.

The boats had to wait on shore on Saturday until the gusting winds of up to 35 knots died down into the mid-teens. At around 1:30 pm the race committee felt the conditions were safe and headed out of the marina for the bay.  What they and the racers faced on the water was intensely weird. A calm southerly breeze was replaced by several micro-bursts and 360 degree wind shifts.  Back to calm and then suddenly boats where off planing.  A Flying Scot nearly capsized and the wind shifted to the north, then south, and so on.  This all happened before the race committee was able to even set a course.  It was wild.

After numerous tries to set a course due to the changing wind, the race committee finally settled on a south – north windward-leeward course.  The Thistles started first with the pin and left side being very favored. Five minutes later and the Flying Scots were off and what looked like a favored left side suddenly became a hole with no wind.  Scots that tacked out early to the right were greeted with wind from the west and were able to pop their chutes on the windward leg. At that moment the Thistles had rounded the windward mark under spinnakers headed directly for Flying Scots under spinnakers.  That was certainly weird.

As the Scots rounded the windward mark (let’s just call it that, ok!) the wind shifted to the north and came in like a freight train at 20 to 25 knots.  Fighting up wind to get to the downwind mark, the boats that stayed to the right against the shore were treated to a special lift that catapulted them to the front of the pack.  After rounding the “downwind” mark it was just a matter of one jibe and holding on to the finish.  That was all the racing for day one as only seven of the ten scots that started the race finished.  That was wild.

After racing the sailors gathered in the SBYC clubhouse for drinks, and hamburgers and hotdogs.  Nothing tastes better on a hard day sailing than a cold beer and a hot burger.  It was a great end to a memorable day.

Day two saw things return to normal which is wonderful.  The wind shifted to its normal northerly direction and races were started in about six knots of wind which built throughout the day to about 12 knots.  The conditions were perfect, the racing was intense, and after four races on Sunday, Brian Tyrrell and Laura Bolin on board 5472 were the 2015 District Champions.  In second place Ray Peters and Mark Bowdon on 4887 Breezin’ sailed a stellar day on Sunday to edge out by one point Dale Dunning and Sean Delaney on 4372 Trouble Maker. 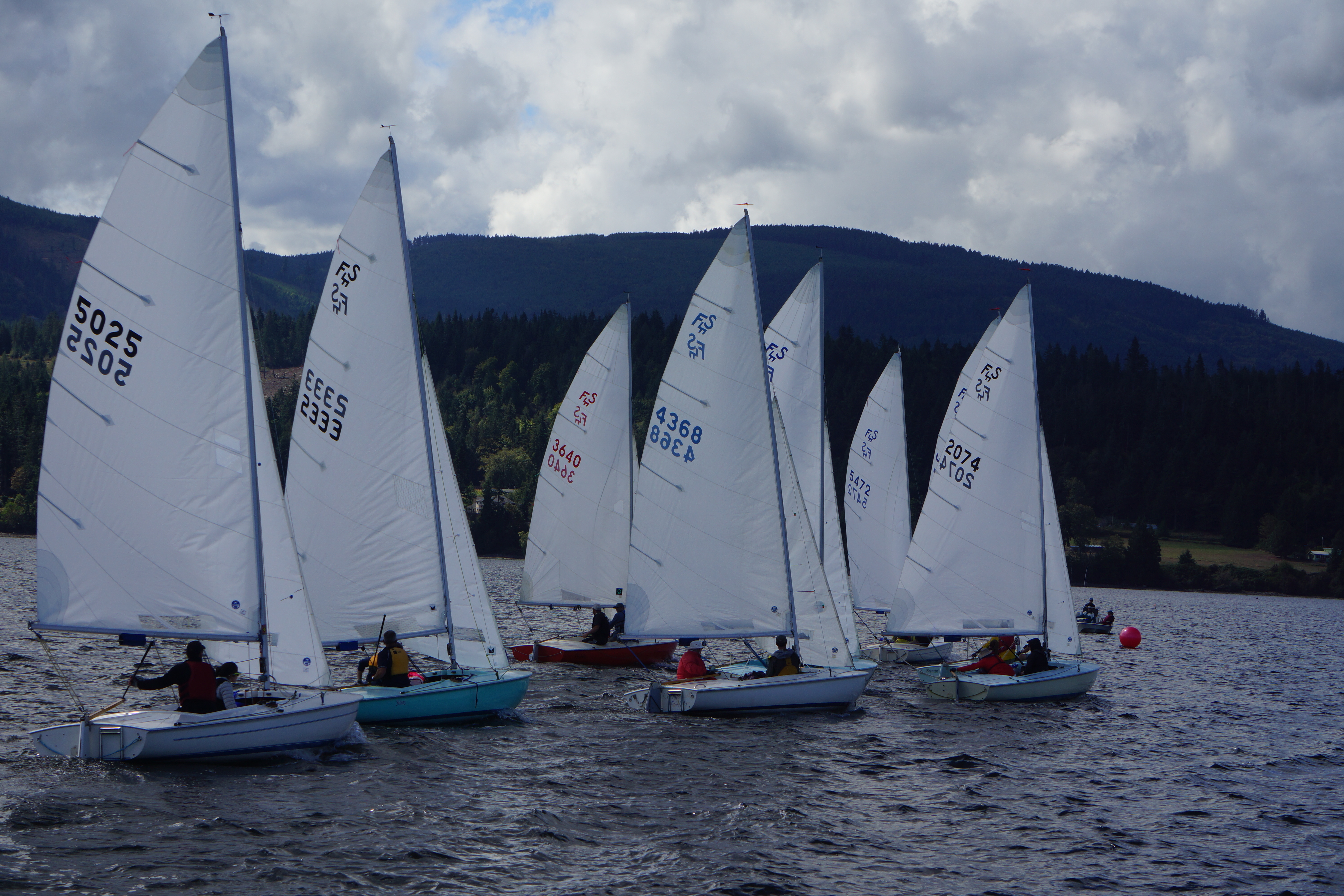 It was certainly a great weekend and the weather gods threw in some unexpected things just to make it truly memorable. The race committee was stellar particularly on Saturday under impossible conditions.  Next year the Sequim Bay Regatta is shooting for 15 Flying Scots on the line and if we reach that goal, it truly will be wonderful!